Home Support One bad cop makes them all look bad

One bad cop makes them all look bad

When a ‘hot cop’ proves himself a bad apple, police should hold him accountable, not close ranks.

YOU MAY HAVE READ ABOUT MICHAEL HAMILL, the “hot cop” from Gainesville, Florida, who became famous for his hunky good looks shortly after Hurricane Irma made landfall in the Sunshine State. You may recall that Hamill’s fame immediately exposed him as someone who was comfortable making anti-Semitic jokes online, a transgression for which he promptly was suspended. 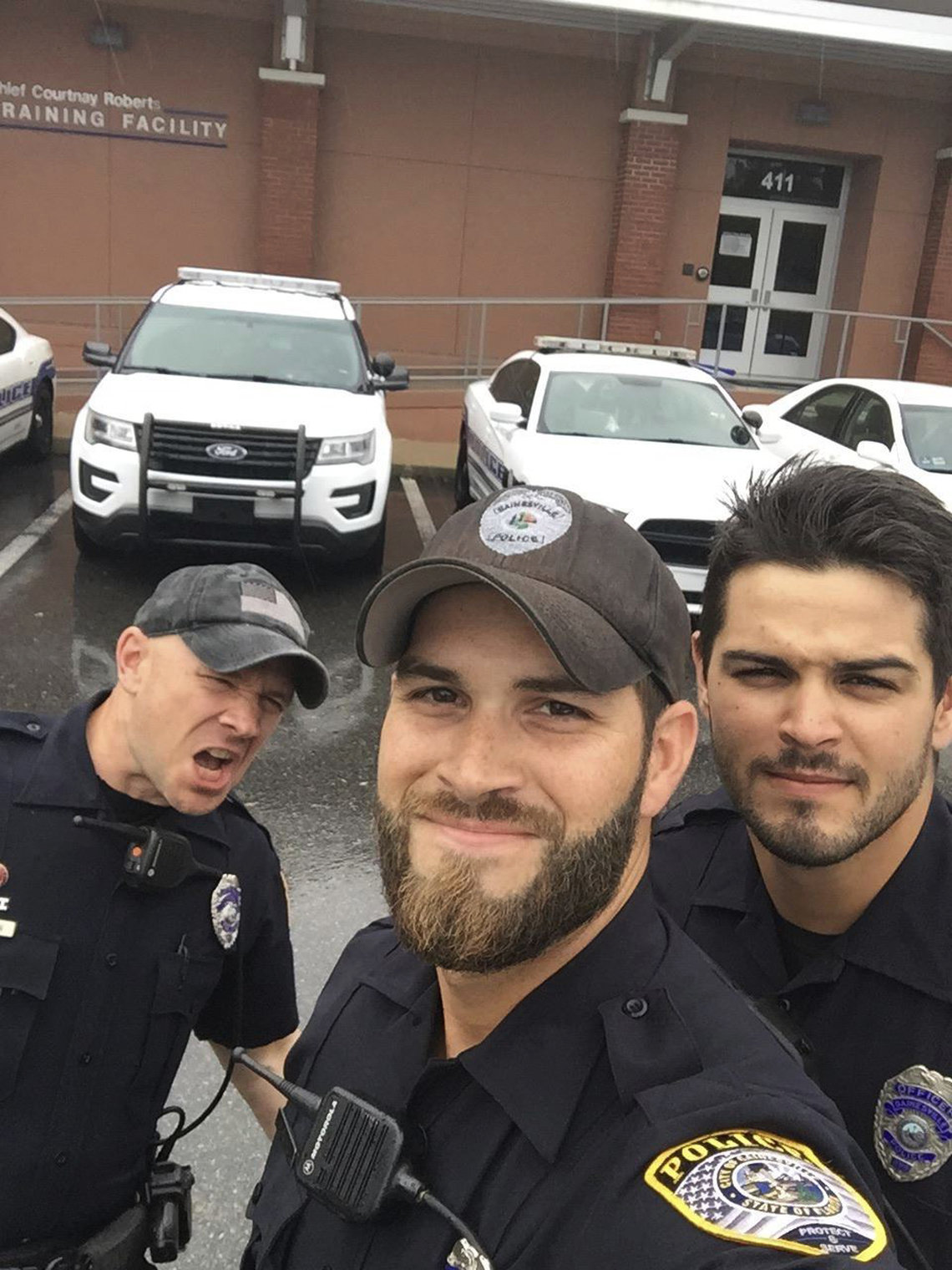 A photo posted on Facebook by the Gainesville Police Department showing officers, from left, John Nordman, Michael Hamill and Dan Rengering. It was widely shared with comments praising the officers’ looks.

Over the past few years, the news has been filled with stories of police officers disciplined for posting material online that any reasonable person would consider racist, anti-Semitic, and otherwise inappropriate. A few bad apples, say police apologists, exceptions to the rule. Perhaps. But the “apple” excuse becomes more tiresome and inadequate each day.

It’s not just the “bad apples” within police departments who cause citizens to lose confidence and trust in their local police. It’s not just the cops who engage in discrimination or other forms of misconduct. It’s these “good apples,” too, the ones who obey the law, and the rules, but who countenance, excuse, justify, or defend the bad behavior of their friends and colleagues. So many “good apples” spend so much time defending the “bad apples” that it becomes hard to tell which apples are which.

In the wake of Hamill’s suspension, Law Officer, a digital news site that’s popular among law enforcement, published “Three Lessons from the Gainesville ‘Hot Cop’ Selfie.” All of the lessons offered practical advice to police officers on protecting their online activity from exposure—to be cautious about what they post in the first place and to carefully vet their social networks for controversial views. The recommendations are reasonable on their face, but they would have officers believe the real problem with Hamill’s post is that we found out about it.

This story was published in partnership with Esquire

Instead of advising cops on how to hide their anti-Semitic remarks from public view, instead of portraying Hamill’s mistake as one of online carelessness, the writer of the piece could and should have held Hamill accountable for his posts and encouraged his network to do the same. Lesson one should have been: If you know someone on the force who holds these views, report them, so that your entire department isn’t infected by those views and their potential impact on the people you are sworn to protect and serve.

It’s not likely such a piece would be written, of course, just as there is little reason to think the “blue wall of silence” is going to come tumbling down anytime soon. And therein lies the heart of the problem about police accountability. The “good cops” who lament being painted with the same broad strokes as the “bad cops” don’t do nearly enough to hold those “bad cops” accountable. As long as that dynamic exists, police reform won’t come quickly or broadly enough for most.